I found this tree back in 2001, when I was clearing an old rockery from our garden.  It had self seeded itself on to a piece of tufa rock and the roots had grown right trough some of the soft rock.  While not much to look at at the time, I decided to put it in to a bonsai pot and see what could be done. 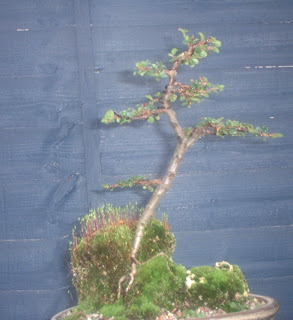 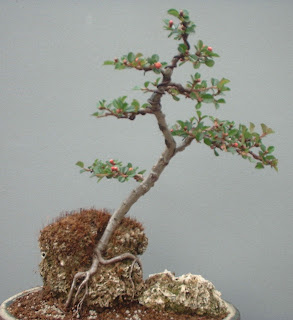 In 2003, the pads developed well, but the overall image was poor.  The spindly trunk refused to thicken and the branches were too heavy. The tree looked as if it was going to topple over any minute. 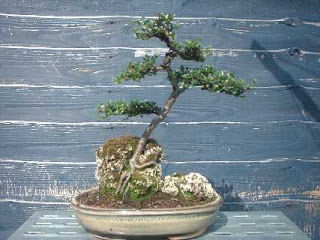 I finally plucked up the courage in 2005 and chopped off everything above the first branch. The tree was wired and a new trunk line was established from the primary and secondary branches of the one remaining foligae pad.  I also allowed a secondary trunk to grow from the roots in order to try and thicken the base. 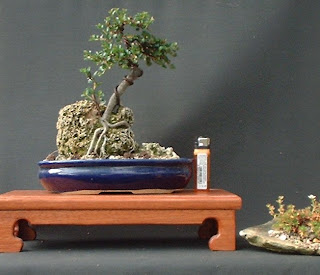 This is the tree as it stands today, just leafing out in March of 2010.  I will continue to develop the secondary trunk as a cascade and may well further reduce the height of the main tree in order to bring the trunk in to proportion. 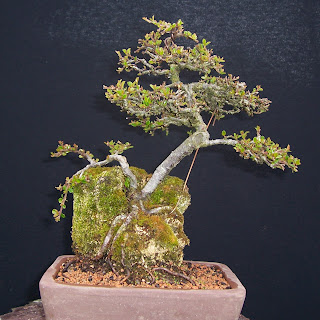